Cycling gets the monsters out. It really does. It works. Now, I can see why, say, Trek Bicycles (“come out and play”) might not want to use that as their marketing slogan, or why cycling advocacy groups might choose to emphasize the environmental benefits of cycling (“What carbon emissions?”) over the “personal demons”-related ones – but between you and me, I’m onto something. There is just something about the combination of balance, of speed, of covering distance, and of capital-S Suffering that does the trick. It really gets them out. 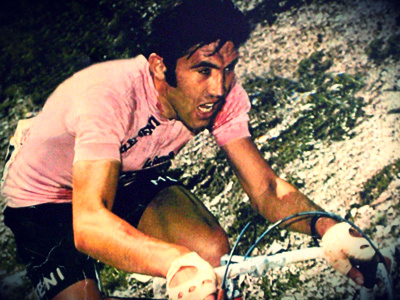 Sometimes you can even see them sort of emerging. Look closely.

When I was much younger — a million years ago, you know, back in the era of land lines and Archers of Loaf concerts – cycling was something I spent a lot of time on. I got pretty good, in an amateur sense. Though never particularly gifted at any of the team sports (imperious, perhaps; uncooperative for sure), I was a rail of a kid and I had just a shade of that gaunt and graceful endurance common to all bicycle racers, just enough of that penitent’s act. I traveled across the continent and I rode, sleeping in vans and motels, in Vermont, Quebec, Arizona, B.C.  I ached in the Rockies; fell down into oxygen debt outside Sedona; threw up my arms at impromptu and sparsely-attended Nova Scotia finish lines. And then I forgot about it. I came of age, met a girl, sunk into the cities. I became a writer.

Now writing, it can sometimes get the monsters out – but a lot of the time it puts them in as well. When you write, you find yourself searching for illustrative comparisons, you know, ways to encapsulate vague or difficult concepts in terms of known things and practices. “Just imagine if we…”; “That would essentially be like…”. Sometimes, you make it to the finish line — you get a metaphor out. You turn a phrase. It ends up funny. Other times, even if you get it built, it’s just not that funny, or it’s kind of ghastly, and you have to leave it half-finished; a bad connection; a broken prototype squirming fruitlessly around the back of your mind. A monster.

Oh Francisco… sometimes it seems like you have a Capricho for everything.

It is for this circumstance that the city of Pristina provides a beautiful escape, one that I think is worth mentioning. I know that sometimes I can be a little hard on the place – one commenter even asked me “is it as terrible as you make it sound”?, which made me feel guilty and inaccurate. Pristina is a small and self-contained city, and though its urban life is as busy and intense as even the largest North American metropoli, one can leave that all behind very quickly.

To the city’s east, and to its credit, the Pristina municipal government maintains the gorgeous Germia Park. It is a place of playgrounds, of chateau-styled restaurants, of a (somewhat depressing) zoo, and of miles and miles of cycling trails, from winding mountain roads to narrow, remote little goat paths (side note: watch for actual goats) that require dedication to find, concentration to avoid falling from, and a very familiar sort of suffering to successfully ascend.

As you may or may not be surprised to hear, Canadian Thanksgiving is something less than a society-consuming affair here, but every time I ascend the three peaks of Germia Park, I give a little thanks that this city has returned cycling – with all its monster-suppressing qualities and cardiovascular benefits – to my life. When the pressures of the desk, or of homesickness, or of mental turmoil or angst or whatever other product of unnatural stillness clouds my view, I remain able, in this city, to surmount it in a matter of pedal strokes.

The word “monster,” just as a curiosity, comes from the Latin root “monstrum,” meaning a portent, or an omen. Our English verb “to demonstrate” shares this root, and I like to keep in mind that the presence of mal-formed thoughts, beings, or ideas should at best serve as a call to action. In my case, in Pristina, I heed it by going cycling in Germia Park. Your mileage may vary.